It’s pretty rare that I meet models that are as dorky as I am. I had that pleasure for the first time last summer, when I worked with not one, but TWO, gorgeous girls who fell squarely into that category. Were I 15 years younger and less mellowed out than I’ve become, we might be attending the same concerts and geeking out over the same obscure topics.

It didn’t hurt that they were practically twins, especially with the porcelain complexions, angelic features and ridiculously long hair. Photographer Shannon Grant immediately saw potential, leading to our very first collaboration in and around an abandoned tuberculosis hospital in Southeastern Massachusetts: 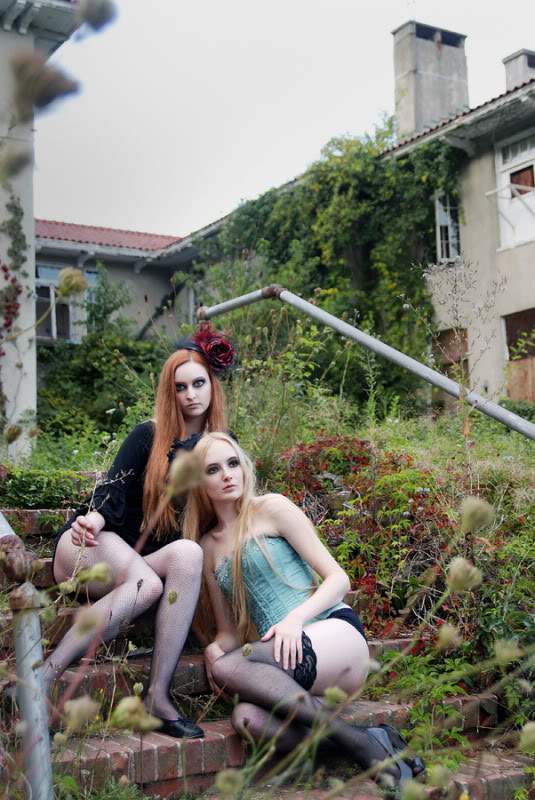 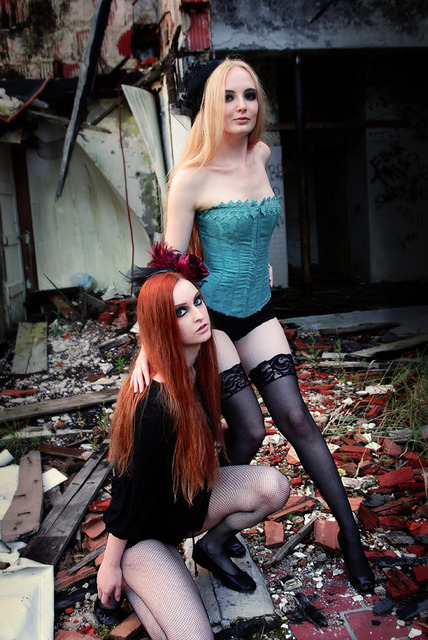 “The building collapsed! Thank God we made it out with our underwear!”

Shannon made them fight over the last remaining piece of furniture in what was left of the building: 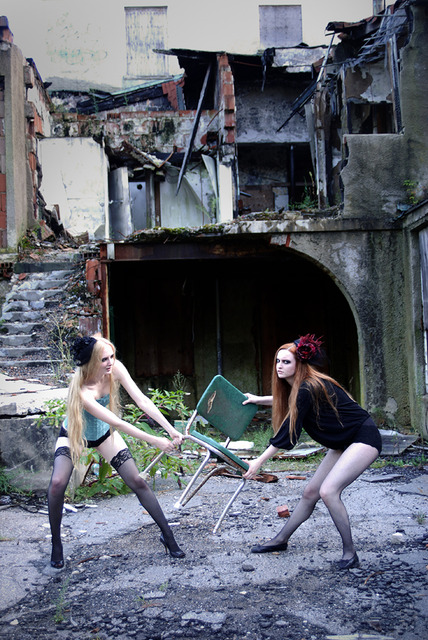 Since Freya happens to live fairly close by, we have since racked up a number of shoots, yielding some of my favorite portfolio images. One I posted previously (complete with video), but here are a few other favorite selections: 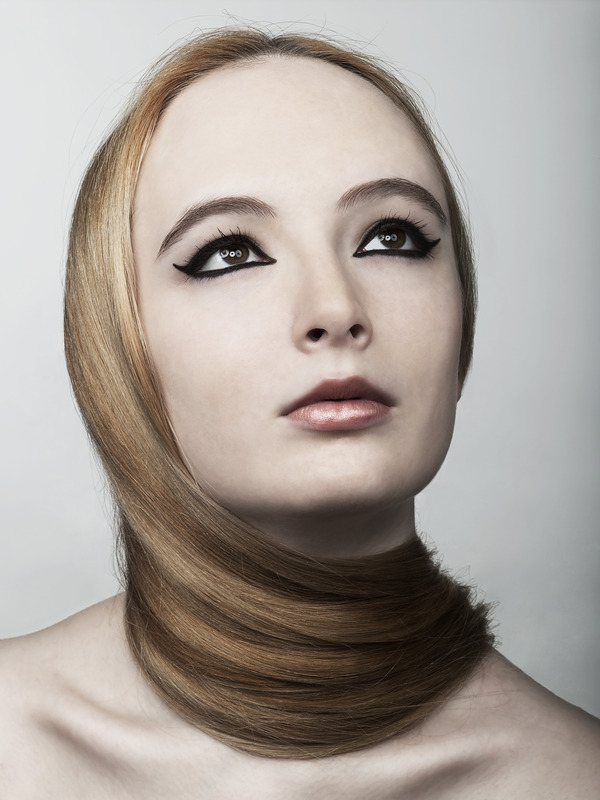 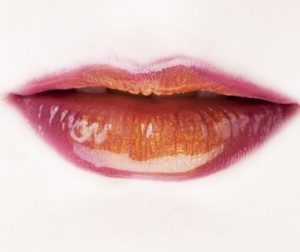 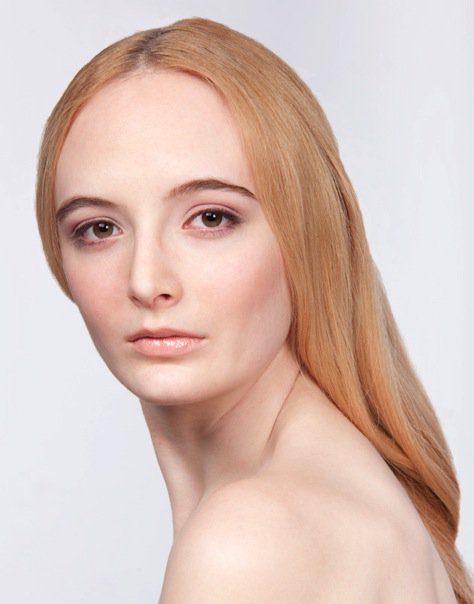 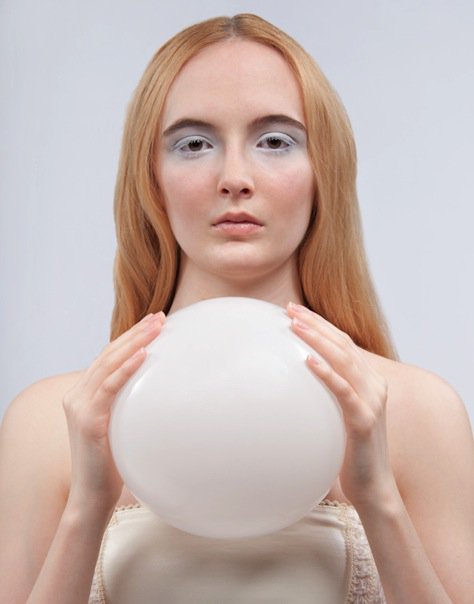 Amber also made a trip out to the Hallmark Institute recently, for the Sandman-inspired shoot I posted here. But after nearly a year, I finally got them both in front of the camera again, outside of the Worcester Palladium where they were going to see a band perform later that night (and yep, I did their makeup right there in the parking lot on a folding table). We decided the shoot theme would be less glamorous and more true to their metalhead natures, so the makeup was a bit more distressed and the outfits more headbanger-friendly. Amber brought along several of her boyfriend’s guitars, Lauren Farrington brought her camera skills, and… 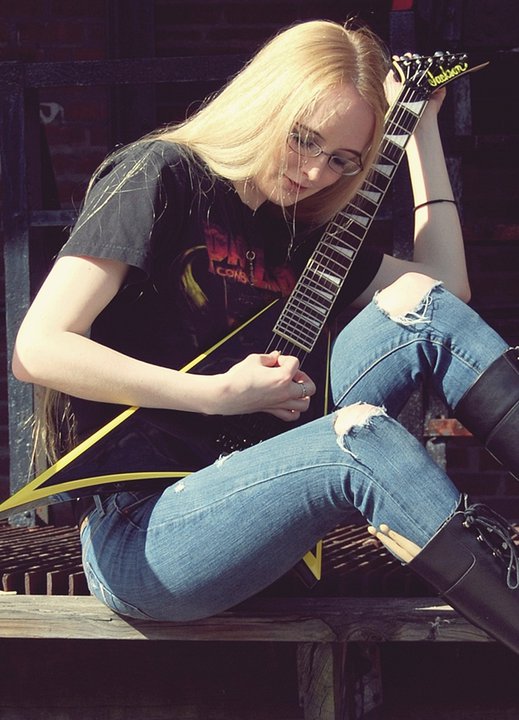 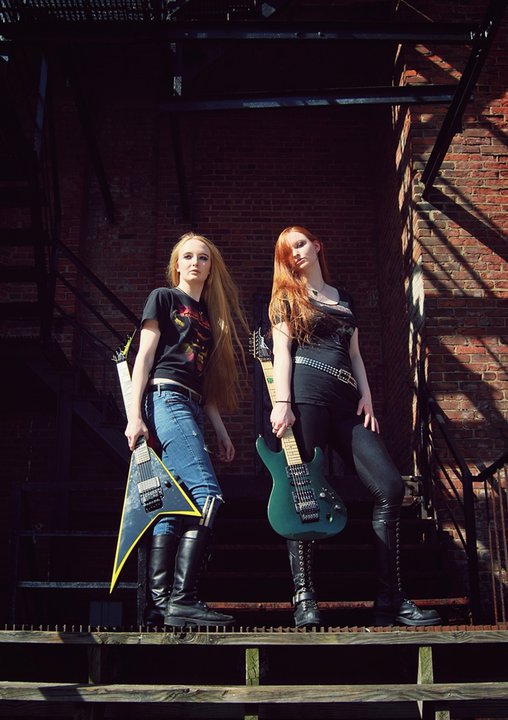 Of course, we had to pay homage to our first shoot together… 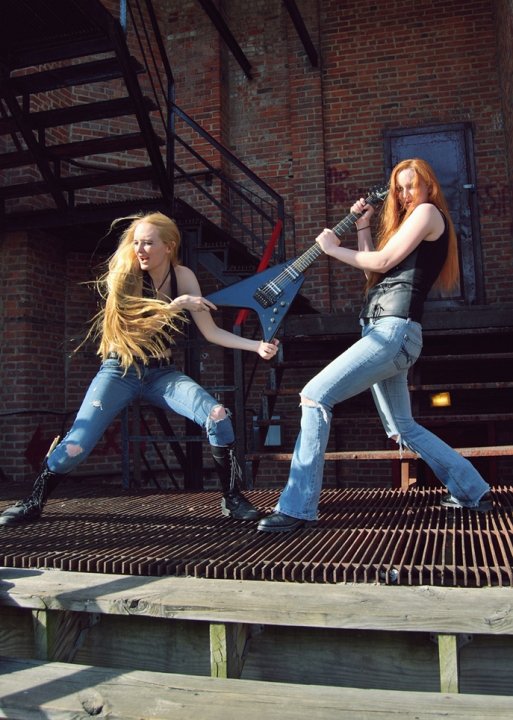 And you know you have dedicated models on your hands when they are willing to lie down in a grubby parking lot: 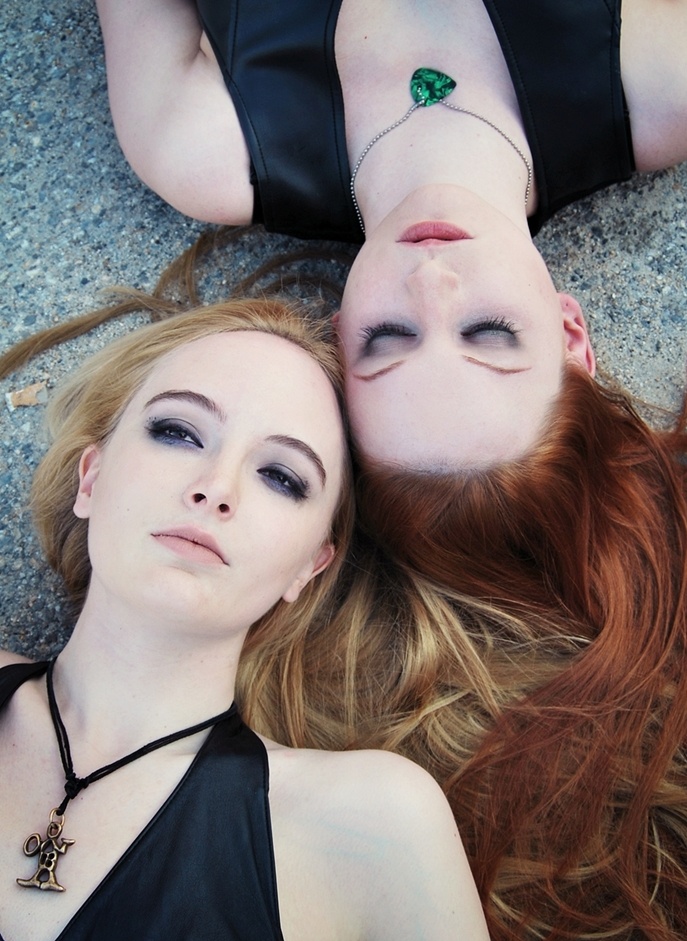