We are visiting potential dogs this weekend! I am so excited and nervous. We’ve been thinking about this for a long time – we’ve both worked with dogs and cared for friends’ dogs (my family had one when I was growing up, too), and we are finally ready to bring one home.

Last weekend we were a day too late to adopt a REALLY cute, active Pug/Boston Terrier/Etc. mix at Dakin Animal Shelter where I volunteered some time last year… she was already claimed unfortunately, and the other dogs are the shelter were too large for our apartment-dwelling lifestyle. So we perused Petfinder and narrowed our choices down to two dogs, very different dogs, but both adorable!

Here’s bachelorette #1, Bianca, who we are visiting today. She’s listed as a boxer mix but she could be almost anything! Apparently she is well-mannered, won’t chase our cat or bark much (useful, so we don’t get evicted), and loves to walk, play and snuggle on the couch. She was rescued in Georgia as part of a case of animal neglect, but warmed up quickly to her foster parents: 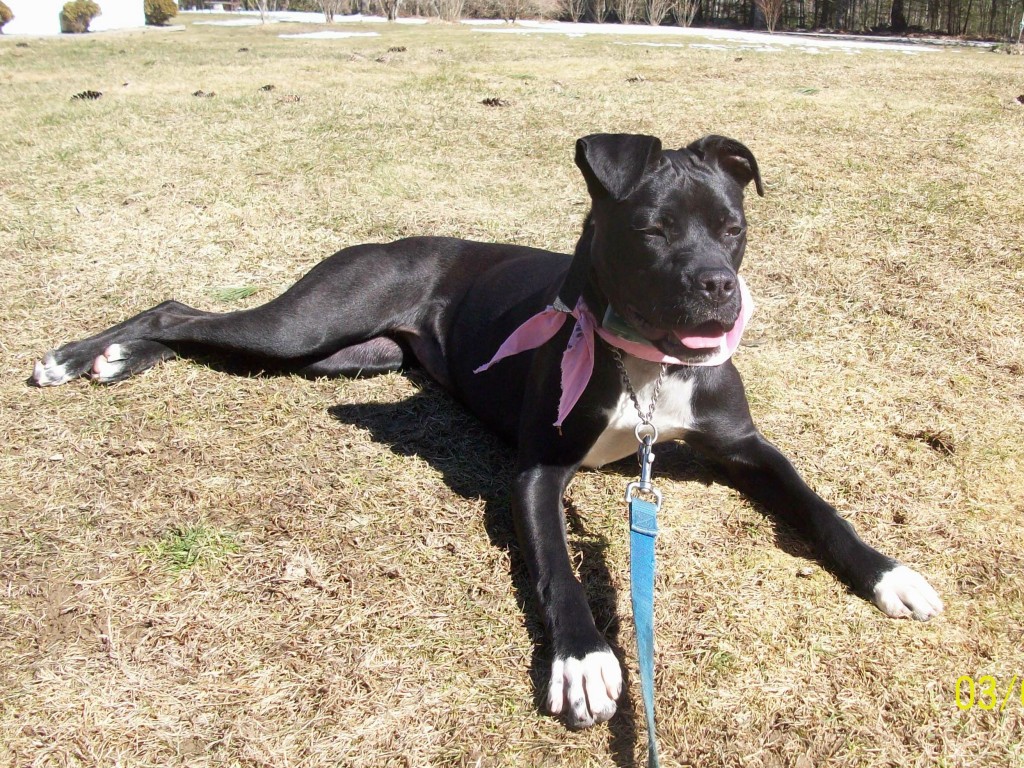 And here’s bachelorette #2, Mimi, who we’ll see tomorrow morning. She’s listed as a Pug/Beagle mix, but again, I see different muttishness going on. (That’s not an insult; we both LOVE mutts.) Maybe some terrier? She’s apparently crazy-cuddly, love to toss her toys in the air (she totally has fierce-face in the pic below, hahaha), and is afraid of cats. She was abandoned in Tennessee – I guess her “owners” just left the door open for her, and took off. I don’t understand people sometimes, sigh… 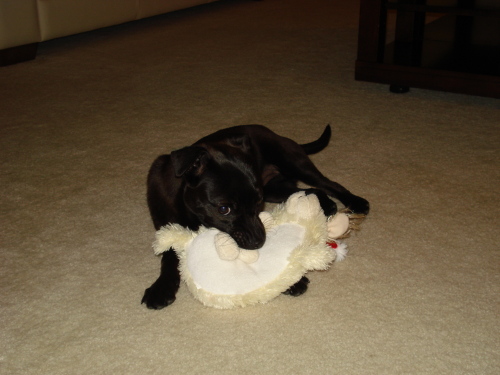 So we have a lot of thinking to do – maybe one will be perfect, or maybe neither would be suitable for our home. (I’m worried that, at 55lbs, Bianca will be too big. Our landlords suggested we get a smaller-sized dog… and there’s the added problem that she looks a bit like a pit bull. We love pit bulls, but we know that landlords with kids generally do not.)

Well, I guess we’ll see how this goes!